The Scone RSL Pipes and Drums proudly wear the tartan of Clan Macfie, in recognition of the contribution of local businessman Eddie McPhee to the creation of the band.

The band is supported by the Clan MacFie Society of NSW and further details of the clan can be viewed at the Clan’s official homepage.

Clan Macfie is acknowledged as one of the oldest Scottish clans, with a history stretching back before records were kept. While Clan Macfie was dispersed following the shooting of Malcolm, the last Chief of Clan Macfie in 1623, the clan was reactivated on 27th May 1981 and formally recognised as an active clan once more. This date is now celebrated by Macfies across the world as Clan Macfie Day.

Clan Macfie’s red and green tartan (upon which this website is based) was recorded in the Books of the Court of the Lord Lyon on 29th August 1991. The thread count for the tartan is: 2 white/yellow; 24 red; 4 green; 2 red; 32 green. 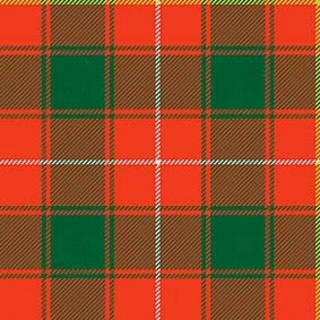 The above red and green Clan Macfie Tartan was recorded in the Books of the Court of the Lord Lyon on 29th August 1991.